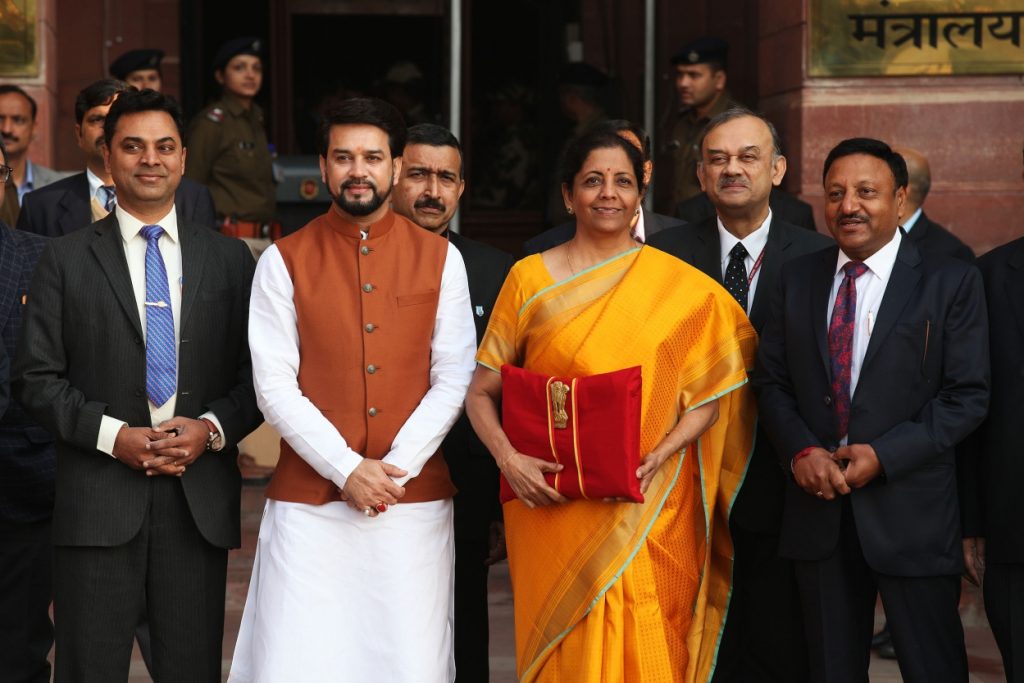 From slashing tax under an optional new regime to boosting infrastructure spending, the government tried addressing most of the issues dwindling growth. However, in an attempt to accommodate multiple themes, the budget missed out on the most important expectation ie; boosting demand.

Having said that, here is a detailed synopsis of all the key decisions announced in Budget 2020-21:

The 30 per cent tax bracket remains same for those earning over Rs 15 lakh. While this is a good way to shore up consumer demand, the fact that the new taxation system omits key exemptions and deductions may emerge as a major concern for the common man.

People with investments may not even want to move to the new taxation system, according to tax experts. But people who have less investment to show are likely to benefit from the new tax regime. So, it can be concluded that the optional tax regime is beneficial for people in lower number of investments or no investments at all.

Another key measure announced by Nirmala Sitharaman in the budget was to increase the bank deposit insurance cover to Rs 5 lakh from existing Rs 1 lakh. This is a good move considering how Punjab and Maharashtra Cooperative (PMC) Bank customers faced issues after the restrictions were placed on the bank by the Reserve Bank of India (RBI).

The government also decided to remove dividend distribution tax on companies, and henceforth the tax will be shifted to recipients at the applicable rate. Finance Minister Nirmala Sitharaman while unveiling the Union Budget said the proposal would make India more attractive market for investment. “This is another bold move, which will further make India an attractive destination for investment,” she said, adding it would result in a revenue sacrifice of Rs 25,000 crore per annum.

The finance minister also said that insurance behemoth Life Insurance Corporation of India (LIC) will be listed as part of the government disinvestment initiative. There are mixed reactions on this topic. While some have called it a bold move, others like P Chidamabaram have called the move “highly debatable”. Currently, the government owns the entire 100 per cent stake in LIC. It may be noted that the decision has not gone down well with LIC employees’ unions as well.

Government has allocated Rs 1.7 lakh crore for development of transport infrastructure. Sitharaman said 100 more airports will be developed by 2025 to support the UDAN scheme. She also said 1,150 trains will run under the public private partnership (PPP) mode, also four stations will be redeveloped with the help of the private sector. Besides, the minister promised more Tejas type trains to connect tourist destinations. According to the finance minister, higher allocation in the transport infrastructure sector could help in generating jobs.

The government has allocated Rs 99,300 crore for the education sector in Budget 2020. It has also promised to soon announce a new education policy. An additional Rs 3,000 crore has also been allotted for skill development. Steps will also be taken to attract external commercial borrowing and foreign direct investment (FDI) in the education sector, the finance minister said. She also said National Police University and National Forensic University are being proposed, while planning to allow degree level full-fledged online education programme by institutions ranked in top 100. The government has also proposed to attach medical colleges with district hospitals on PPP model to deal with shortage of doctors, she added. Special bridge courses will be designed for teachers, nurses, paramedical staff, caregivers, she said. This is a considerable boost for the education sector and many experts have welcomed the higher allocation.

The government announced a 16-point action plan to boost the agriculture sector. It also allocated Rs 2.83 lakh crore as agricultural budget for the current fiscal. It also proposed 11 per cent increase in the farm credit target to Rs 15 lakh crore for 2020-21 and announced special rail and flight services for the transportation of farm produce as it seeks to double farmers’ income by 2022. It also said it would expand the PM-KUSUM scheme to provide 20 lakh farmers for setting up stand-alone solar pumps and also help another 15 lakh farmers solarise their grid-connected pump sets.

Aiming to boost the affordable housing demand, Finance Minister Nirmala Sitharaman on Saturday proposed to extend the date of availing an additional Rs 1.5 lakh tax deduction on home loan interest by one more year till March 2021. The additional deduction of Rs 1.5 lakh over and above Rs 2 lakh was introduced in the last year’s budget. This was allowed for those buying homes for the first time and of up to Rs 45 lakh and made applicable for home loans sanctioned till March this year. However, sectoral analysts and real estate developers were expecting much more from the government including an industry status and implementation of single window clearance.

The Sensex encountered its biggest single-day plunge in more than a decade after the Union Budget failed to live up to market expectations of growth-boosting measures and fiscal discipline. The benchmarks, which started on a volatile note, sunk soon after Finance Minister Nirmala Sitharaman pegged the fiscal deficit at 3.8 per cent for the current fiscal, compared to the earlier target of 3.3 per cent of gross domestic product (GDP). Presenting the Union Budget for 2020-21 in the Parliament, Sitharaman also proposed lower income tax slabs for those foregoing various exemptions, and removed dividend distribution tax on companies, effectively shifting the tax burden to the recipients.