It will be just 82.1 kms away from the nearest ITBP post 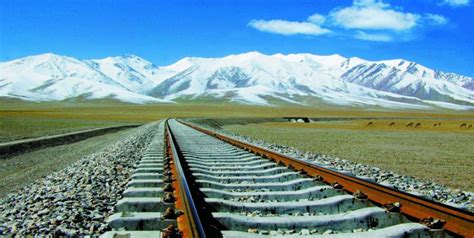 Within days after China’s parliament, the National Peoples Congress (NPA), began this year’s session on 5th March 2021, it was announced in Beijing that come July a new bullet train line will be inaugurated in Tibet taking passengers close to Indian border in Arunachal Pradesh.

Construction started in 2014 on the railway line connecting Lhasa with Nyingchi in eastern Tibet. It is the first electrified railroad in Tibet and is slated to begin operations in June 2021.

It was widely reported in the media that the track-laying work in Tibet was completed by the end of 2020.

The railway has a designed speed of 160 km per hour, according to Tibet Railway Construction Company Limited, a subsidiary of China State Railway Group.

Last December, the track-laying work was completed for a railway line linking the cities of Lhasa and Nyingchi in Tibet close to Arunachal Pradesh.

According to one estimate the nearest Indo-Tibetan Border Police (ITBP) outpost is just 82.1 kms away from Nyingchi.

The mountainous region of Tibet, also known as “the roof of the world”, is situated at an altitude of around 4,500 meters.

Though the Xinhua report has not mentioned, China has been planning for long to build the Trans-Himalayan Multi-Dimensional Connectivity Network through Tibet and Nepal, as part of the Belt and Road Initiative (BRI).