NSA Ajit Doval in an interview to ANI 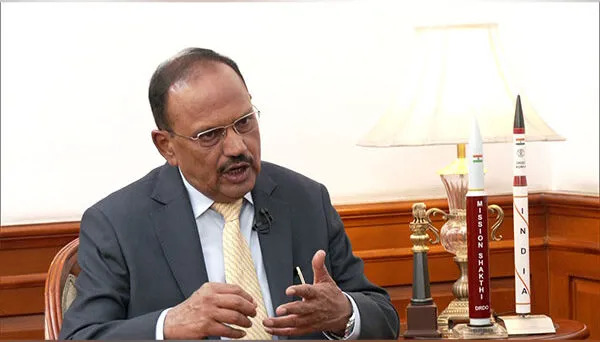 The controversy around the remarks made by BJP officials on Prophet Mohammed has damaged India’s reputation internationally as they have projected the country in a manner that is far from the truth, National Security Advisor (NSA) Ajit Doval said Tuesday the 21st of June 2022.

His comments came-in in an interview given to news agency ANI and widely quoted in media on Tuesday.

Ajit Doval said  – “it has (damaged India’s reputation), in the sense that India has been projected or some disinformation has been spread against India which is far from the reality. Probably there is a need for us to engage them and talk to them and convince them. And you will find that wherever we have gone, wherever we have engaged with the concerned people, both outside and inside, we have been able to convince them. When people get emotionally aroused, their behaviour is a little disproportionate,” while replying to a question whether the protests around the Prophet controversy had damaged India’s image globally.

In the same interview the NSA also also termed the recent bombing of a Sikh shrine in Afghanistan as unfortunate and said India was committed to extending all help to minorities in that country.

“We have given visas to a large number of Sikhs and as flights become available, some of them will be coming back. We will look at the cases of Sikhs very very sympathetically. It was a very unfortunate incident. We have assured Sikhs and Hindus there that India will stand by its commitment,” NSA Ajit Doval said.