RS Chairman to have tough time during Budget session 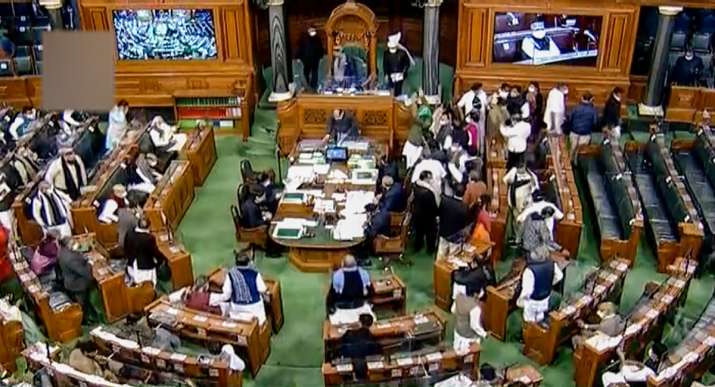 The first part of the Budget Session of Parliament will end on February 13 instead of February 15 as the Rajya Sabha has decided to change its schedule of sitting.

This was indicated to media persons late on Sunday evening as government prepares itself to present a difficult Budget o Monday, 1 Februay, 2021, during the current COVID19 pandemic situation.

Rajya Sabha Chairman M Venkaiah Naidu made  last minute a appeal to the leaders of various parties during an all-party meeting to ensure smooth and effective functioning of the House during the Budget Session.

Leaders of various parties attending the meeting assured that there would be full participation in all the debates and discussions in the House, the sources add.

It was also decided that the Rajya Sabha would sit on February 13 instead of the scheduled sitting on February 15, as the last of the first part of the Budget Session, the sources said after the meeting.

The house will adjourn to enable the Department Related Parliamentary Committees to examine the Demands for Grants of various departments and ministries, and will meet again on March 8.

A number of ministers and around 25 leaders of various parties attended the all-party meeting.

The leaders sought more time for the debate on the Motion of Thanks to the President’s address and the General Budget, to which Naidu asked Parliamentary Affairs Minister Prahlad Joshi and the others concerned to rework the time schedule.