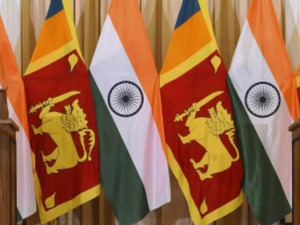 Quietly operating away from the other political headlines, a high  high-level delegation from India led by foreign secretary Vinay Mohan Kwatra held meetings with top leadership in Sri Lanka while reassuring quick economic recovery for the island nation.

It is a matter of record that Sri Lanka has already received essential food items, fuel, medicine, and fertilizer under the Indian credit line facility in the recent past in wake of worst economic crisis in the island nation.

On behalf of the government and the people of Sri Lanka, the President Rajapaksa conveyed his gratitude to the Government of India for its significant role in assisting Sri Lanka in difficult times.