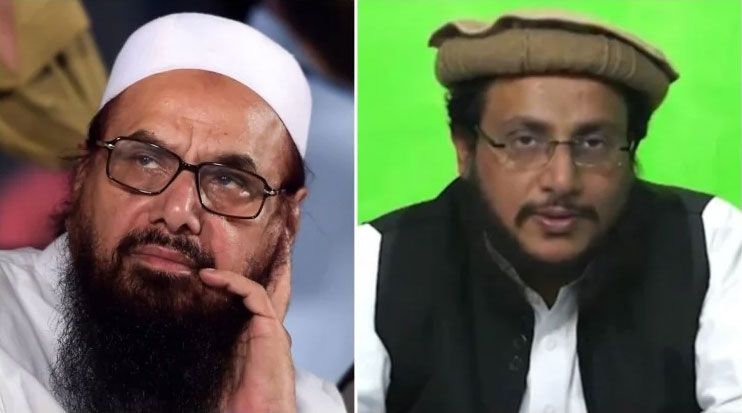 A notification issued by the ministry said Hafiz Talha Saeed, a resident of Lahore, Pakistan, is a senior LeT leader and is the head of its cleric wing. 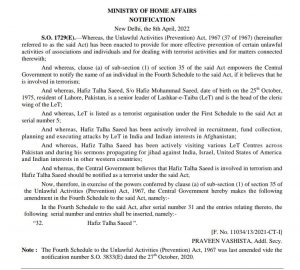 The notification said LeT is listed as a terrorist organisation under the First Schedule of the UAPA and Hafiz Talha Saeed has been actively involved in recruitment, fund collection, planning and executing attacks by LeT in India and Indian interests in Afghanistan.

“Hafiz Talha Saeed has been actively visiting various LeT centres across Pakistan and during his sermons propagating for jihad against India, Israel, United States of America and Indian interests in other western countries.

Clause (a) of sub-section (1) of section 35 of the Unlawful Activities (Prevention) Act empowers the Central Government to notify the name of an individual in the Fourth Schedule to the Act, if it believes that they are involved in terrorism.

An Anti-Terrorism Court in Pakistan had on Friday sentenced Saeed to 31 years imprisonment in two separate cases.