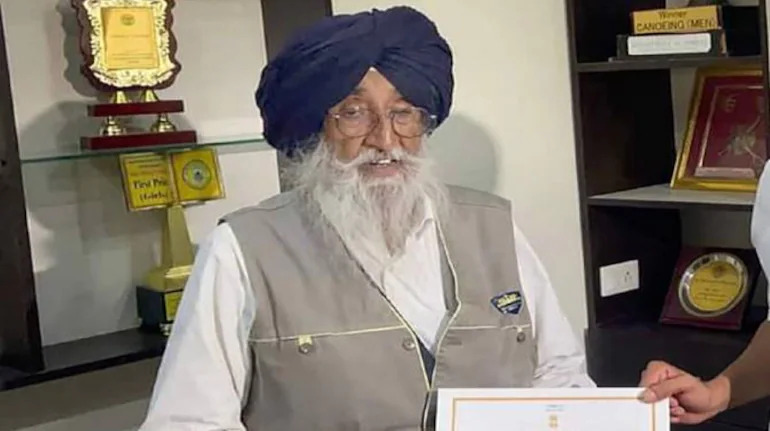 The Sangrur constituency was represented earlier by Punjab Chief Minister Bhagwant Singh Mann, who won from there both in 2014 and 2019.

In fact, the loss so soon after the AAP’s massive Assembly victory indicates that there is disillusionment that has set in the State over the style of functioning of the government.

S.S. Mann’s victory is being attributed to the perception that the AAP dispensation in the state was being remote controlled from Delhi and the Chief Minister was a mere puppet who had little time for governance but was busy with the campaigning both in Himachal Pradesh and Gujarat.

Therefore, it would be very essential for AAP to correct this perception which would go against them in the long run. Punjab has always been a unique province and does not like interference from any quarter.

The impression that the government was spending more on publicity rather on core issues is another factor that has contributed to the outcome.

Simranjit Singh Mann, who is a maverick politician exploited the sentiments which have emerged in the rural belt over the deaths of both Sidhu Moosewala and Deep Sidhu.

He also contested the polls on the plank of getting Sikh prisoners who have been overstaying in jails released.

His victory can further be interpreted as the assertion of the Panthic agenda though the Shiromani Akali Dal owing allegiance to the Badals also took up the same issues but this time polled lesser votes than even the BJP candidate, Kewal Singh Dhillon.

Simranjit Singh Mann had won his maiden election from Tarn Taran in 1989 after he had been jailed for being a sympathizer of the Khalistan movement and had gone underground after Operation Blue Star and other events of 1984.

An avid follower of western classical music, Simranjit Singh Mann had refused to take oath as the Lok Sabha member in 1989 after being disallowed to go with a sword inside the Parliament house premises.

He had won the second time from Sangrur in 1999.

Political observers of Punjab were also hoping that his victory would be viewed merely as the rejection of the AAP model of governance and not as the re-emergence of radical politics.

The selection of candidates for the seven Rajya Sabha seats in the State has also gone against the AAP and therefore corrective measures to re-set the agenda for the region shall also have to be taken by Bhagwant Mann and Arvind Kejriwal.

Punjab is a border state and its politics has huge ramifications in other parts of the country as well.

The outcome has several lessons for the Akalis (Badal), the Congress and the BJP besides AAP.

In Sangrur it is not just one Mann replacing another Mann but the narrative appears to be changing.

Share this...
Categories: News Tags: Its a Huge setback for AAP