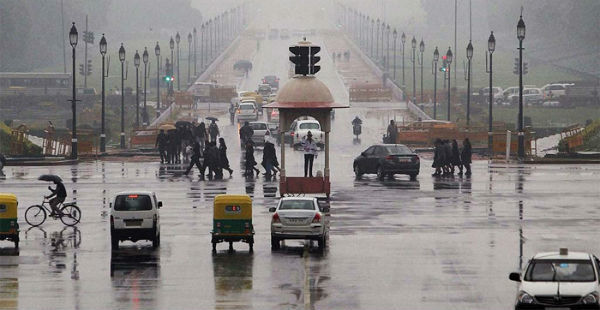 Various meteorologists have predicted that this year’s monsoon will reach the national capital Delhi on its usual date of June the 27th.

If that happens it will most probably compensate the rain deficit that Delhi is facing.

Meanwhile pre-monsoon showers over the last three days have brought down the rain deficit in Delhi to 34 per cent and the maximum temperature to around 30 degrees Celsius.

On Sunday the 19th of June 2022, the Safdarjung Observatory, Delhi’s base station, recorded a maximum temperature of 30.7 degrees Celsius, the lowest so far this month since June 17, 2013.

The city has gauged 23.8 mm of rain as against the normal of 36.3 mm since June 1, when the monsoon season starts. All of it came in the last four days.

The IMD on Monday said the monsoon has further advanced into most parts of Madhya Pradesh, entire Odisha and Gangetic West Bengal, most parts of Jharkhand and Bihar, and some parts of southeast Uttar Pradesh.

It said on Thursday that the monsoon is likely to cover many parts of northwest India between June 23 and June 29.

Easterly winds from the Bay of Bengal and western disturbances are predicted to bring light or moderate rainfall to the region during this period, it had said.

It may be recalled that last year, the IMD had forecast that the monsoon would arrive in Delhi nearly two weeks before its usual date. However, it reached the capital only on July 13, making it the most delayed in 19 years.