Expected to be completed before the winter session of 2022 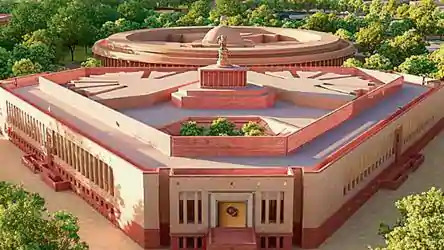 The Prime Minister on Thursday i.e. 10-December-2020 laid the foundation stone for a new Parliament House building, which is expected to be completed before the winter session of 2022, when India will be celebrating 75 years of independence.

The project cost is estimated cost at Rs 971 crore.

Speaking on the occasion, the PM said the new Parliament building would exemplify ‘co-existence of the new and the old’ and would be a witness to ‘Aatmanirbhar Bharat’.

Pujaris from the Sringeri Math Karnataka did the rituals for the ‘bhoomi pujan’ at the new Parliament building site. However, no construction can immediately begin as various pleas against the project are pending before the Supreme Court.

In the new building, the Lok Sabha chamber will have 888 seats while there will be 384 seats in the Rajya Sabha chamber.

There is no provision of a Central Hall in the new structure.

Currently, the strength of Lok Sabha is 543 and that of Rajya Sabha 245.

During a joint session, the new proposed Lok Sabha chamber will be able to accommodate 1224 members.

The building, which is going to come up in an area of 64,500 sq m at a cost of Rs 971 crore, will be earthquake-resistant, and adaptable to the most modern digital technology. It will incorporate indigenous architecture from different parts of the country, and showcase cultural diversity.

The existing Parliament building will be conserved as it is an archaeological asset of the country, Lok Sabha Speaker Om Birla said.