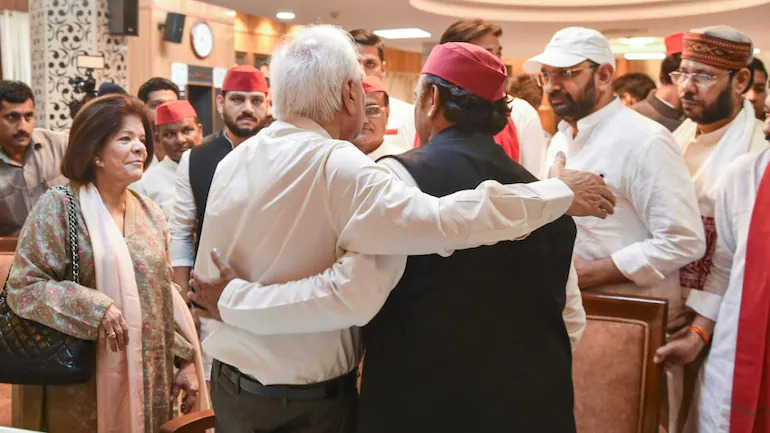 Wednesday the 25th of May 2022 will also be remembered as that day when Kapil Sibal gave a big breaking news by breaking away from Congress and world got to know of it only when he filed his nomination papers for the Rajya Sabha elections with a tacit ‘support’ of Samajwadi party.

But all indications were more clear than ever when in Lucknow SP chief Akhilesh Yadav and party General Secretary Ram Gopal Yadav accompanied Sibal during his filing of nomination.

After filing his nomination, Sibal clarified that he filed the nomination as an independent candidate. He said he had quit the Congress on May 16.

“”I am no longer a Congress leader. I resigned from Congress on May 16,” he said.

Sibal also said he had made a public statement that he will not join any party and hence he has not joined the SP.

“I told Akhileshji that I want to go to the Rajya Sabha but as an independent… There are no conditions,” he said.

As per the poll schedule, candidates can file nominations till May 31 and scrutiny of the nomination papers will be done on June 1.

The Rajya Sabha has 31 members from Uttar Pradesh.

As per the party position in the Uttar Pradesh Assembly, the ruling Bharatiya Janata Party (BJP) alliance has 273 MLAs, Samajwadi Party alliance has 125, Jansatta Dal (Loktantrik) and Congress have two members each and Bahujan Samaj Party (BSP) has one member.