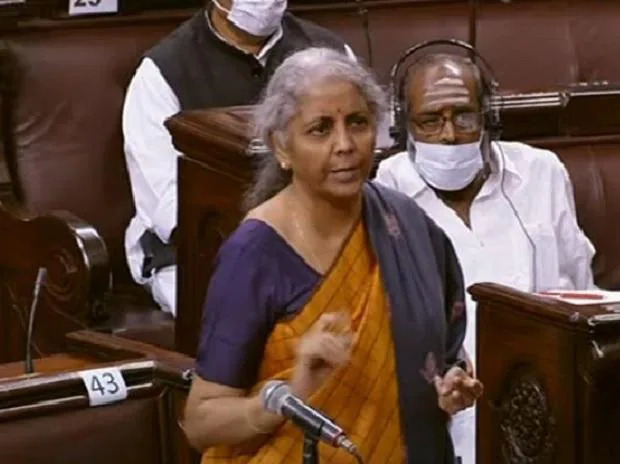 Finance Minister Nirmala Sitharaman on Monday said “writing off” bad loans did not mean a complete waiver, after DMK MP TR Baalu raised questions over it.

“My most important question is: Will the Government come forward to bring out a statutory provision to safeguard the interest of the common man and salaried class for the small investments made from their savings for the future, so that they do not lose confidence?,” he said. Sitharaman explained writing off the loan did not mean a waiver.

“I would like to humbly submit that writing off is not completely waiving the amount. As part of the accounting process, banks make a provision for the amount, which is due from the NPA account and in that process, we call it as writing off, but the provisioning is made and the pursuing of that particular defaulter or the NPA, which owes money to the bank, is followed up,”

Sitharaman said. “Several public sector banks have, in the recent past gotten the money back, which rightly belongs to them by claiming the assets of those defaulters,” she added.

The Minister further said that it was for the first time that NPAs were being pursued, action was being taken on promoters, and money was being taken from the securities and assets that they have and given back to the bank.