Its 12th in the series 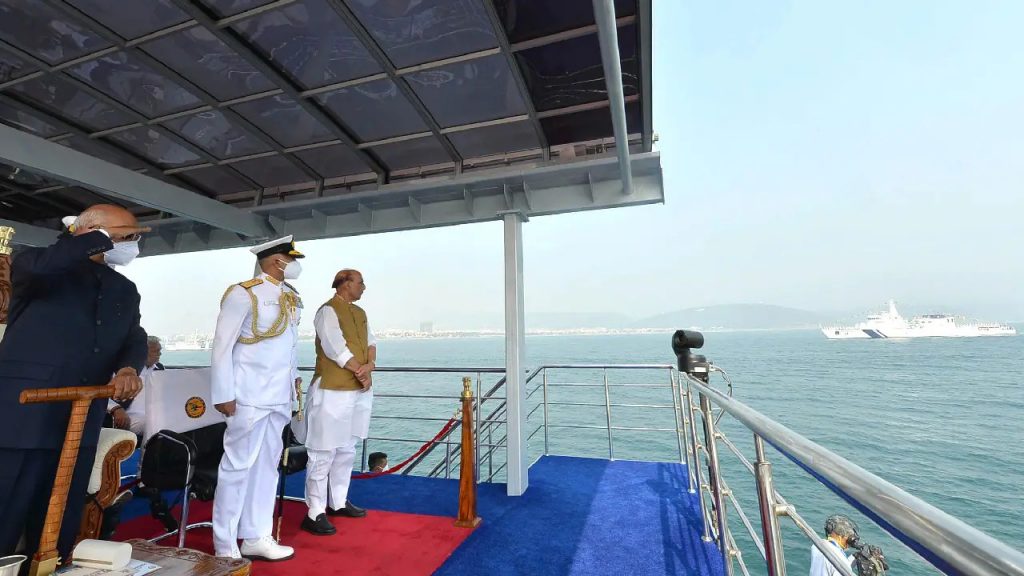 President of India who is also the supreme commander of the armed forces on Monday the 21st February 2022 reviewed the Indian Navy Fleet on the east coast at Visakhapatnam.

Such fleet reviews by the president are an elaborate events and gives opportunity for the Indian Navy to showcase their best boats.

On Monday when president Ram Nath Kovind arrived at Visakhapatnam a 21-gun salute greeted him. After which he embarked upon INS Sumitra, the presidential yacht, an indigenously built naval offshore patrol vessel.

With defence minister Rajnath Singh be his side, the presidential yacht sailed past 44 ships from the Navy, Coast Guard, SCI and MoES lined up in four columns at anchorage off Visakhapatnam, exhibiting the nation’s maritime power in full display.

A spectacular flypast was conducted as a part of the static review of the Fleet comprising of  55 aircraft including Chetaks, ALH, Sea Kings, KAMOVs, Dorniers, IL-38SD, P8I, Hawks and the big MiG 29K which is actually the naval version of MiG 29.