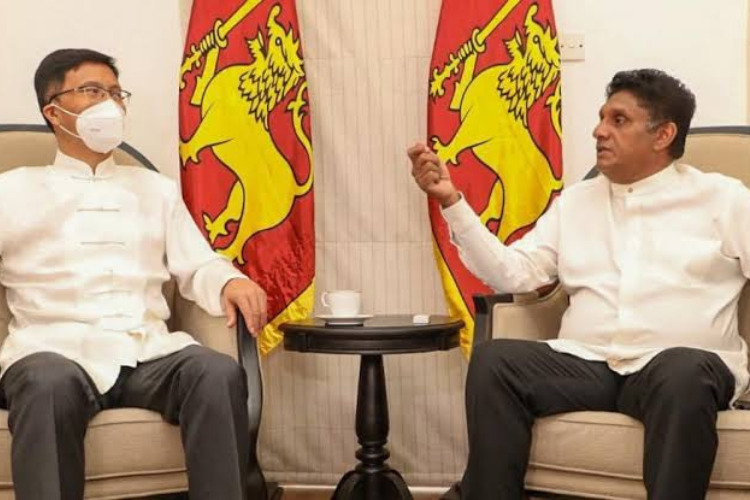 With Rajapaksa brothers facing the wrath of the people in Sri Lanka, it was time for opposition leader S Premadasa to make his move by seeking help from China.

On Wednesday the 11th of May 2022,  he met the Chinese Ambassador to Sri Lanka, Mr Qi Zhenhong.

Media reports emanating from Colombo suggests Premadasa urged the Chinese envoy to intervene into the Sri Lanka crisis situation and bailout the island nation from the worst ever economic crisis.

Sajith Premadasa is the leader of the opposition party Samagi Jan Balawegaya (SJB) and aspires to be lead the next government in Sri Lanka.

He is son the of former Lankan president Ranasinghe Premadasa.

Reports quoting SJB MP Harsha de Silva said during the meeting with the Chinese ambassador Premadasa pointed out that if given opportuning to lead his country he would prioritise governing the island country with transparency.