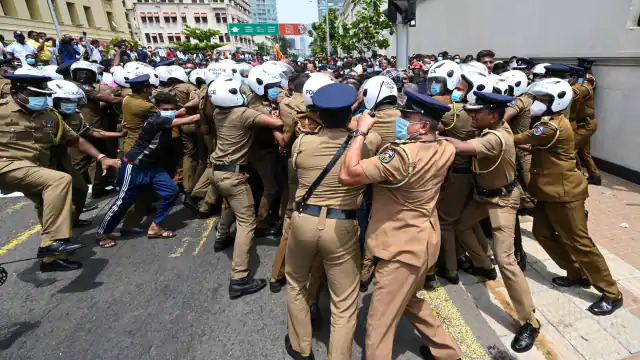 It was a pre-dawn rescue undertaken by army commandos that saved Mr Mahinda Rajapaksa on Tuesday the 10th of May 2022.

He along with his close family members were taken to safety at the Sri Lanka’s Trincomalee Naval Base after rioters breached outer perimeter wall of former prime minister’s official residence even as island nation is facing unprecedented collapse of administration and economy.

Riots were reported from large parts of Sri Lanka soon after Mahinda Rajapaksa resigned on Monday after failing to convince opposition parties to form a national consensus government.

As the violence continued, military and police were asked to shoot rioters on-sight if seen involved in arson and looting.

Eight persons have been reported to had died during violence in the last two days in Sri Lanka.

Around 220 persons received various injuries, both in police action against protestors and also while saving government properties from being damaged.