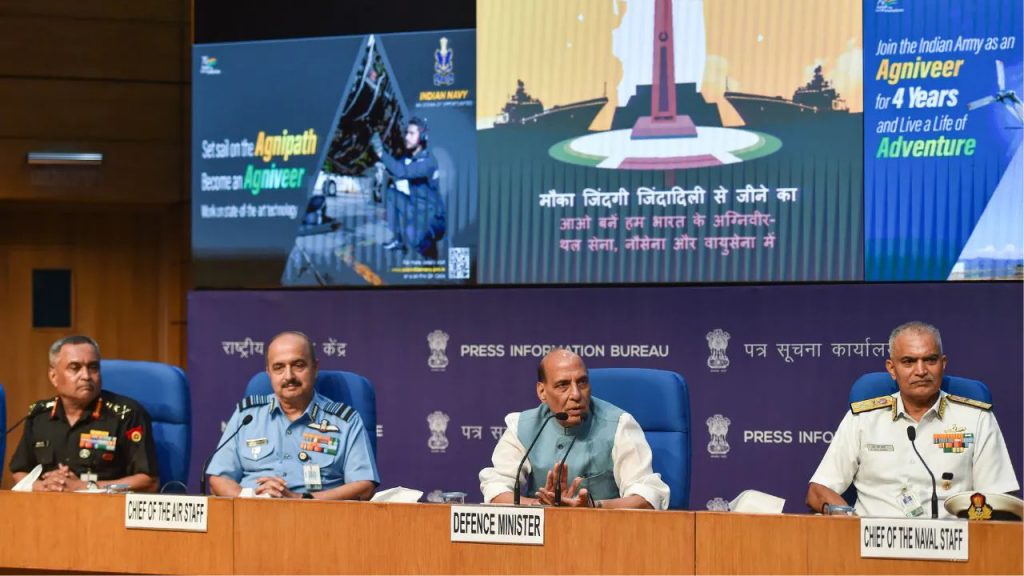 The government will “soon” announce the name of the next Chief of Defence Staff stated Defence Minister Rajnath Singh on Tuesday the 14th of June 2022.

“CDS will be appointed very soon, all things are under process,” Rajnath said during media interaction while announcing ‘Agnipath Scheme”.

The Chief of Defence Staff is the single point contact for military advice to the government and senior most bureaucrat in the Defence Ministry.

Initiating the process, the Defence Ministry brought in gazette notifications, amending relevant regulations of the three Services- Indian Army, IAF and Indian Navy, regarding the appointment of the new Chief of Defence Staff on June 6.

According to the notifications, both serving and retired officers, who have not attained the age of 62 years on the date of appointment, could be considered for the coveted post.

As per the notification issued for the Indian Army, the government may consider an officer, who is serving as Lt Gen or General or an officer who has retired in the similar ranks, but has not attained the age of 62 years on the date of appointment.

The post has been lying vacant since the death of India’s first CDS General Bipin Rawat in a chopper crash in December last year.

Gen Rawat was killed in a Mi-17V5 crash near Coonoor in Tamil Nadu on December 8 last year.