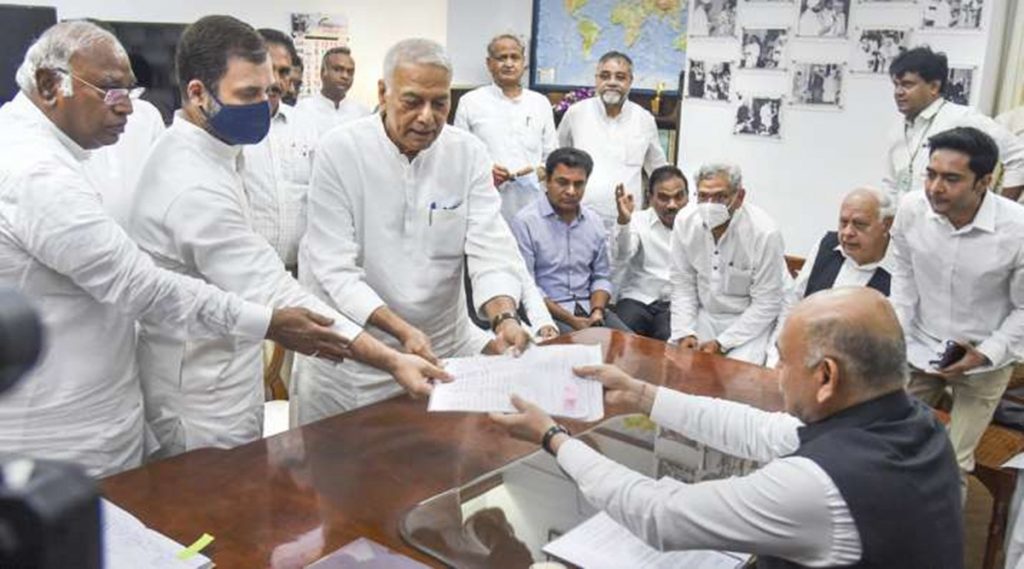 The opposition’s presidential candidate, Yashwant Sinha filed his nomination papers on Monday he 27th of June 2022.

Sinha was accompanied by Congress leader Rahul Gandhi and NCP’s Sharad Pawar, Samajwadi Party chief Akhilesh Yadav and RLD chief Jayant Chaudhary among others to the office of Secretary General of Rajya Sabha  Mr P C Mody, who is time also designated as the Returning Officer for the Election of President of India.

Voting for the next president will be held on July 18 while the votes will be counted on July 21.

Sinha will be pitted against Bharatiya Janata Party-led National Democratic Alliance candidate Draupadi Murmu, who filed her nomination for the presidential election on June 24.

After filing the nomination papers, Sinha paid homage to Mahatma Gandhi and B R Ambedkar at their statues inside Parliament complex.

Sinha, a former bureaucrat and a union minister during the Atal Bihari Vajpayee government, was decided as the joint candidate for the presidential election on June 21 at a meeting of several opposition leaders.

He is likely to launch his campaign from June 28 from Chennai in Tamil Nadu and will cover the southern states of Kerala and Karnataka as well during his first round of campaigning.