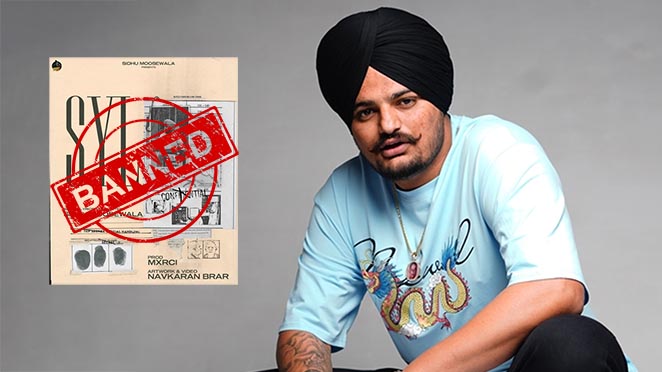 After central government lodged a complaint with streaming service YouTube the controversial song composed by Punjabi singer Sidhu Moosewala was  removed from its internet platform on Sunday the 26th of June 2022.

However many media outlets are reporting that the deleted song titled SYL (on under contruction Sutlej-Yamuna Link canal project)  can still be downloaded in other countries.

Sidhu Moosewala was gunned down on May the 29th last month by extremists and this particular song was released posthumously  after his death.

Moosewala’s song is focused on the contentious issue of SYL canal project between Punjab and Haryana and is a bigtime political-emotional issue between the two northern states in India.

The song also allegedly raised-up passions of the erstwhile undivided Punjab province, the 1984 riots, militancy, Sikh prisoners and the flag hoisting incident at the Red Fort during the farmer agitation.

SYL song was released on the YouTube sometime during the evening hours on June the 23rd and had garnered 2.7 crore views in less than three days. It also received 33 lakh likes on the video sharing and social media platform.

“The content is not available on this country domain due to legal complaint from the government,” reads the song’s YouTube link in India.

A YouTube spokesperson said: “We have clear policies for removal requests from governments around the world. We review government removal requests when notified through the correct legal processes, and also review content for violations of our Community Guidelines. And, where appropriate, we restrict or remove content in keeping with local laws and our Terms of Service after a thorough review. All of these requests are tracked and included in our Transparency Report.”